A new global dataset on cross-border roads, paths, railroads, and ferries reveals that borders of very rich and very poor countries have ample cross-border traffic infrastructure, much more so than middle-income countries. Why is this the case? Our new study explores this counterintuitive pattern and potential explanations.

Borders between countries play an important role in regulating the transnational mobility of people and commodities. Most research on the topic focusses on classifying borders in terms of fortification (walls, fences, green borders, etc.). In our Global Mobilities Project, we developed a different framework.  Our approach considers cross-border transport infrastructure (paths, roads, railroads, and ferries)—together with political checkpoints at these border crossings— as measures of the permeability of borders worldwide: More and better transport infrastructure increases the permeability of a given border, while checkpoints provide the political capacity for reducing entries.

OpenStreetMap as a valuable data source

To turn this idea into a systematic measurement, we used automatized computational methods combined with extensive manual checks: 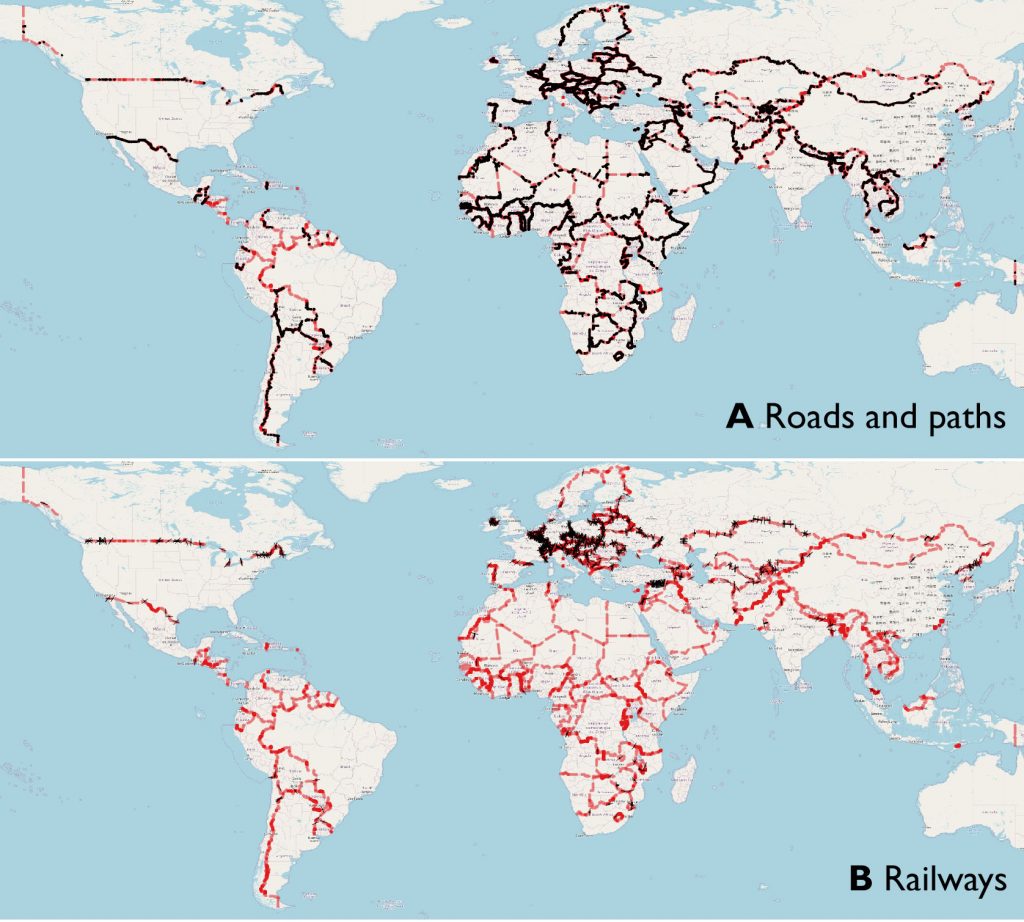 What we learn from the permeability for 312 land borders worldwide:

Europe and Africa have the most permeable borders

Mapping the results revealed that Europe and parts of Africa have the most, and the Americas the least, permeable borders worldwide (see Figure 2). This pattern holds independent of the degree to which checkpoints are used to shut down traffic infrastructure. The top 20 most permeable land borders are primarily located in Europe and often involve one small partner with Spain-Andorra, Slovenia-Austria, and Luxembourg-France constituting the top three. The Malawi-Zambia and Malawi-Mozambique borders are among the intra-African borders that appear among the 20 most permeable borders worldwide.

The least permeable borders tend to be in areas with low human settlement density and many natural obstacles to transport and mobility, such as rainforest (e.g., Venezuela-Guyana, Democratic Republic of the Congo-Central African Republic, Suriname-Brazil, Papua New Guinea-Indonesia) and deserts/arid land (Sudan-Libya, Iraq-Jordan, Saudi Arabia-Kuwait).

The U-shaped relation between economic development and border permeability

Interestingly, political and cultural relations between neighboring countries have little impact on the permeability of their border in terms of traffic infrastructure. Just two factors really matter: the presence of humans (measured via settlement and population density in borderland areas as well as cross-border trips) and economic development.

Economic development is by far the most important explanatory factor and has a U-shaped relationship with border permeability (Figure 3). Borders of rich and poor country pairs are highly permeable, whereas those of moderately prosperous nation states are significantly harder to cross. What could explain this remarkably clear pattern?

Figure 3. The U-shaped relationship between economic development and border permeability 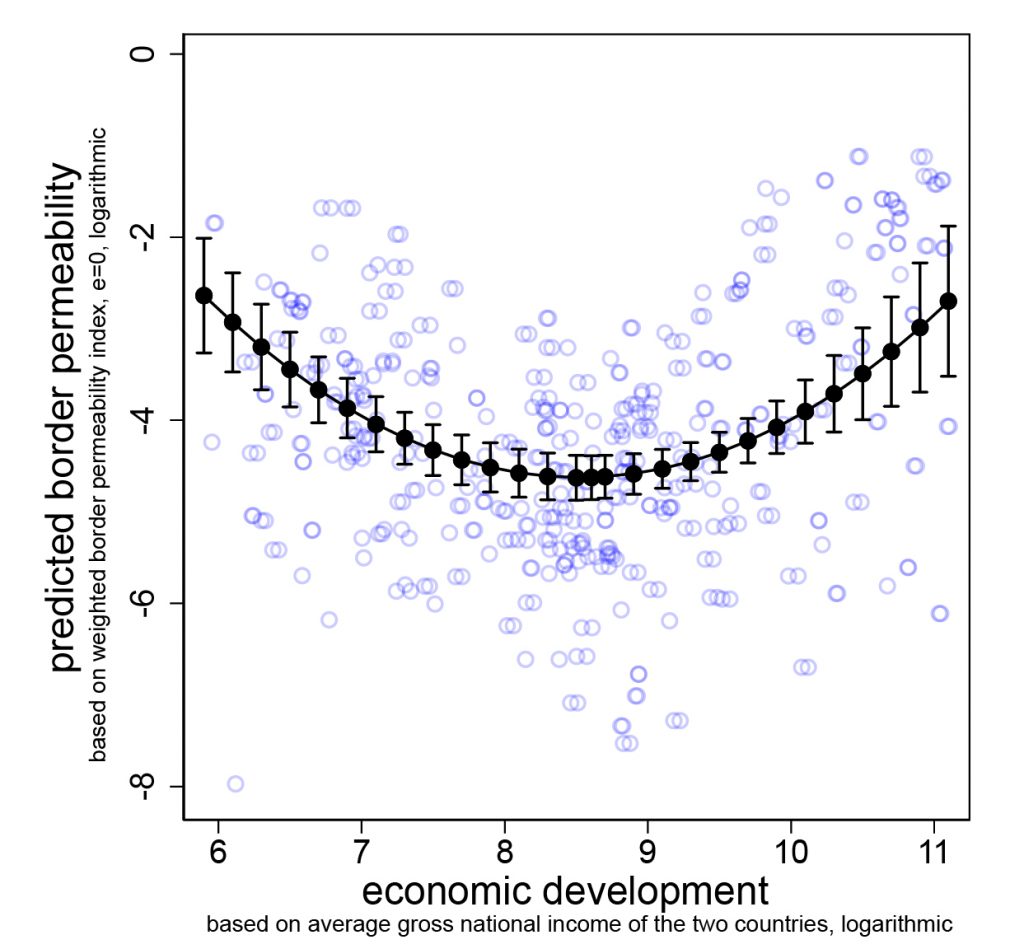 Border permeability: why we need to understand it & how to do it