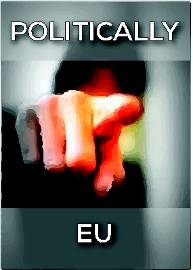 On the 31st of March, a workshop on migration was co-organised by the Migration Policy Centre and the consultancy firm Futour, on behalf of the representation of the European Commission in Italy. The workshop entitled “L’Europa e le Politiche di Migrazione” (Europe and Migration Policies), was held in Naples and brought together academics, civil servants, media and NGO representatives to debate three key questions: 1) The role that migration can play in meeting the demographic challenges that Europe faces 2) What the European Union can do to strengthen its relationship with the Mediterranean region and 3) What European Member States can do to promote greater inclusion of its ´new citizens´.

While there was heated debate on all three questions, and by no means was a consensus reached, a plurality of participants agreed that the long-term consequences of Europe´s aging population must involve migration- and not simply temporary migration or ad hoc measures. Europe´s aging population and below replacement birth rates in a number of Member States has implications beyond a future shortage of workers: it also means Europe´s geopolitical weight on the world stage will decline relative to that of current and emerging world powers. Well-managed migration that leads to permanent settlement and hence new citizens therefore has a critical role to play in maintaining Europe´s economic growth and strategic political influence. In concert with genuinely family friendly policies that enable parents to combine career and family, migration can help ensure that Europe´s population remains stable.

The second question on strengthening relations with Southern Mediterranean countries produced both perplexity, with some participants questioning the privileging of the EU´s relationship with this region, as well as resulted in concrete proposals to facilitate deeper relations. The leading proposal to emerge from the workshop consisted in launching a new Erasmus Mediterranean programme to complement the existing Erasmus Plus. The Erasmus Mediterranean programme would be aimed at promoting reciprocal student exchange between the EU and Southern Mediterranean Countries, giving pride of place to this important region in terms of migration and cultural exchange with the EU. A number of participants recommended that the EU also strengthen its relations with Sub-Saharan African countries, from which a growing number of migrants are flowing both into the Southern Mediterranean countries and EU Member States, such as establishing a network of asylum offices in these countries that help prevent further deaths among those who try to cross the Mediterranean sea into the EU.

The third question on new citizen integration proved to be the most thorny. While most participants agreed that economic integration is the most important aspect of migrant integration, followed by sociocultural integration, including full political integration, the strategies for ensuring this level of inclusion diverged considerably. In particular, the issue of jus soli, or granting citizenship based on birth rather than blood, continues to meet with resistance in Italy. Some of the proposals to emerge from the workshop included a modified version of jus soli that would grant the children of migrants the right to apply for citizenship from the age of six years, instead of the current eighteen years of age. To promote greater political integration before migrants receive citizenship, it was proposed to grant legally residing foreigners the right to vote in local elections. Excluding resident foreigners from such a long period of time from political participation can have deleterious consequences on the psychological identification of migrants with their country of adoption and hence delay the important process of socioeconomic integration. A further key theme to emerge from the discussion on integration revealed the current relative lack of welcoming and positive media coverage of migration and migration-related issues in Italy. More success stories of integration and economic contribution need to be highlighted, not just stories of difficulties, challenges and tragedy. The media can also play an important role, through the judicial use of language (for example, avoiding terms that tend to stigmatise some foreigners), in encouraging native Europeans to view migrants as full and equal citizens.

Finally, the fact that this workshop was held in Naples and was addressed by the mayor of Naples must be underlined, because it is precisely at the local level that integration efforts in a variety of policy areas (local voting, education, linguistic training), can most effectively be carried out. The Mayor of Naples reminded the participants of our moral responsibility towards the refugees and migrants that arrive on our shores. Part of being an EU citizen therefore implies accepting the diverse fabric of European society and playing our part in working towards greater integration of new citizens.