The EUI team had a lot of fun playing football, volleyball, basketball and table tennis at the “Firenze Aspetta I Mondiali Antirazzisti” tournament. The event took place at the Albereta park on Sunday 18 June 2017 and was organised by UISP.

More info on the event 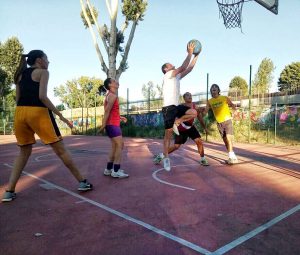 From 12 to 17 June, four of the guests successfully passed the oral and written proofs of the Terza Media exam (Italian, French, English & Maths). Congratulations to all of them and their teachers! A proper celebration took place on 10 July with a huge world food banquet on the Badia Terrace. 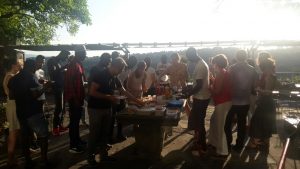 This year again four of our guests took part in the traditional EUI football tournament Coppa Pavone being part of two teams: Ladybirds and Cinghiali. In addition to our guests, the teams were composed of researchers from different departments and EUI staff. The Ladybirds came in third and won the bronze medal. The victory was duly celebrated at the end of year EUI June Ball! 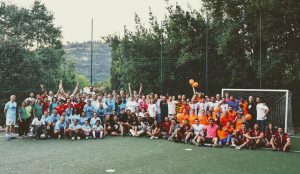 State of the Union

The EUI Refugees initiative has been presented to the State of the Union participants during an informal discussion with the volunteers that manage the project and the asylum seekers themselves. During the discussion, the successes and challenges of the initiative have been evaluated, opening up to address the following question: can the EUI Refugee Initiative be emulated by other academic institutions or international organizations? The session was chaired by the EUI President Renaud Dehausse. 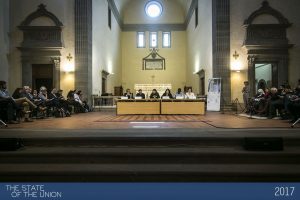 A guest and a volunteer presented the EUI refugee project at the Mediterraneo Downtown conference, taking place in Prato on 5-6-7 May 2017.

A big thank you to the Italian teacher Annarita Zacchi for organising on 27 November 2016 an awesome Sunday lunch at the Casa del Popolo in Settignano, followed by African music and dances. 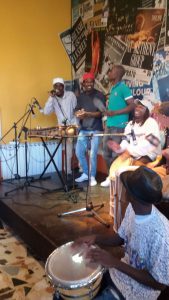