Whatever it takes? Ten principles to bring the Conference on the Future of Europe closer to its citizens

Laura Galante and Kalypso Nicolaidis November 11th, 2021
A- A A+

Recently, the need for citizen participation and involvement in EU decision-making has been felt more than ever. While some experiments, such as the European Convention of 2003, have prompted some positive outcomes for citizen engagement, it is only now that the recent deliberative wave in Europe and beyond is taking high effect. Drawing on the experience of already existing participatory structures (such as the European Citizens’ Initiatives, the Petition Tool, citizen dialogues or the Commission’s public consultations),  the Conference on the Future of Europe (CoFoE) can be seen as the first European experiment in transnational participatory democracy. An exciting prospect indeed! But what will revamp the EU’s democratic credentials and reinvent the EU as a genuine space for democratic innovation? How will such a revamp fit within the Union’s existing institutional web and complex political procedures?

At Citizens Take Over Europe, a coalition which brings together more than sixty Civil Society Organisations, we proposed ten guiding principles at the outset of the process. Sure, these are all grand-sounding and pretty vague words that can mean different things to different people. But together, they do tell a story that we very much hope and believe the CoFoE can heed and nurture. If it can do so, it will have provided a roadmap (or is it a mindmap?) for further EU reforms after this democratic moment is over. Let’s walk this map together. 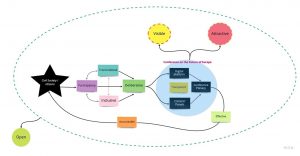 Figure 1: a mindmap of ten guiding principles for a fully democratic Conference on the Future of Europe

We start with YOU, the “citizen”, the star of the process, the one who everyone is courting and whose views and interests are to be crowned in this highly choreographed encounter between ‘civil society’ and the traditional world of bureaucratic politics. You shall be the test of this whole business, the one who will know and say in the end whether the process has passed the litmus test of openness, as a conference shaped from beginning to end by citizens themselves. And in this spirit a process open to all kinds of people, all walks of life, new ways of doing things, new ideas, new results, in short, new democratic horizons. Ultimately, such openness will depend on the opening of minds, the minds of those who govern and who are learning that resorting to collective intelligence is key to providing the collective goods we so dearly need. Isn’t that the ultimate definition of democracy? For those doing the governing to truly give up ultimate control to those being governed? But how will your views, your beliefs, your desires or fears translate into concrete proposals for action?

As it happens, this process is meant to lead you to to a blue island of democratic promise – today the CoFoE, tomorrow the EU – and its three current landing docks (but there shall be others). If you are a social media addict, or consider yourself a digital native, or simply unable or unwilling to move away from where you live, you can dock through the Digital Platform. Alternatively, you might be one of the lucky few (eight hundred to be precise) randomly chosen to take part in one of four transnational Citizens Panels. Like your fellow citizens who have already gone through this experience in countries like Iceland, Ireland or Belgium, you will be discussing with experts and with each other, learn, reflect, opinionate, and debate on various big questions of the day. And don’t be too saddened by the possibility that you might not be one of the eight hundred, as there will be loads of other citizens’ assemblies, at national, regional or municipal levels around Europe that shall inspire each other (one test of openess). And, at least in theory, all the ideas and proposals that arise from the Platform and the Panels will feed the Conference’s Plenary (where citizens will be present including from the panels) meeting every six months to deliberate recommendations. So, what will it take then for the journey to fulfill the demanding promise of genuine, honest, democratic openness?

The answer lies in the word: participatory. While traditional ‘representative democracy’ is what you are involved in every few years, through voting rituals that allow the elected few to make decisions for you, participation is about you, the citizen, taking part. An experiment in participation can be at your initiative or because you are randomly selected. And you can participate in different ways, with different frequency, on different issues, in different settings, through different technologies. At least in theory, the CoFoE’s success will rest on the intensity, the quality and the breadth of participation. Without citizens’ participation, there is hardly a conference at all.

In this story, who you are matters. That this process be transnational and inclusive represents two sides of the participatory coin. Transnationalism is what the EU’s democratic challenge is all about, the challenge of doing democracy across borders, among citizens from 27 democratic countries (well, at least in theory) whose policies and actions profoundly affect how each other’s democracies fare. And so, the participatory challenge is for citizens to own the need to manage such democratic interdependence as they think about their political choices, including by trying to internalise the viewpoint of others. What heads of state or their representatives are supposed to ask when they meet around their big tables, citizens must learn to ask routinely too. The horizontal logic of mutual empathy and mutual learning needs to become natural all the way down. What’s more, this transnational process needs to be much more inclusive than the representative one we know now; by mirroring social diversity. Some fear that CoFoE’s 5 criteria for inclusive panels – e.g. nationality,  urban/rural, socio-economic background, gender and age – will be the tip of the inclusivity iceberg, underplaying ethnic or ideological diversity In Europe. But to be fair, there is only so much you can do with 200 people.  After all, countless efforts towards a more and more inclusive franchise have been the historical hallmark of representative democracy. Surely, inclusive participation will be equally demanding.

How then do people from many countries and diverse corners of society best participate together in such a large scale democratic exercise? The magic ingredient here is deliberation – deliberative processes, settings or culture. Without deliberation, democracy works as a crude mechanism of aggregation, a numbers game. At its best, deliberation is synonymous with empathetic listening, constructive dialogue and consensus building. Yet deliberation in itself is not a panacea. For one, the more transnational and inclusive the participation scene, the harder deliberation becomes. Moreover, fostering genuine deliberation is a challenging call – the digital platform is not easily conducive to deep dialogue, citizens panels notoriously require time, etc. Nonetheless, deliberation is  key to enabling those participating to genuinely interact with each other, share ideas, ultimately to reach some sort of consensus or, at a minimum, agree to disagree.  Most importantly, at the end of the process, you will be entitled to ask, how will these deliberations be framed? With what consequences? Who will decide?

We will be watching with great interest how the CoFoE addresses these kinds of questions. One thing is for sure already: A sine qua non for success lies with the degree of transparency with which these processes will unfold, not only formally but in a user-friendly way. In the end, that these be effective simply mean that all the fuss that is made of citizens’ engagement should …have an effect! Only in this way, can the Conference constitute a credible experiment in accountability to citizens and civil society, about what is done with their input, what is retained, why or why not.

Only if it succeeds in moving beyond the EU bubble and EU-affiliated network, will this exercise hold potential for a more democratic EU. If people of good will around Europe are to make this Conference more visible in the broader public sphere, they need to turn it into an attractive space to the various kinds of publics to which citizens belong – by braiding politics with broader cultural and art forms that resonate and enhance meaning for the European citizen.

In the Conference on the Future of Europe two worlds are bound to collide: the top-down world of professional politics and the bottom-up world of political engagement. We are not naïve enough to believe that the two will mesh harmoniously and that this will be a political revolution. But if at least, all those involved take these ten principles seriously, this could be the start of a new democratic journey for the EU and its citizens.