DISCUSSION SERIES ‘TALKING ABOUT THINGS’ #6 – HISTORIES OF THE BOOK

The Visual and Material History Working Group will have its next event on the 25th of January at 11:00. For the sixth session of the “Talking about things” seminar series, we will consider visual and material histories of the book. This session will host two presentations, followed by questions and a discussion. 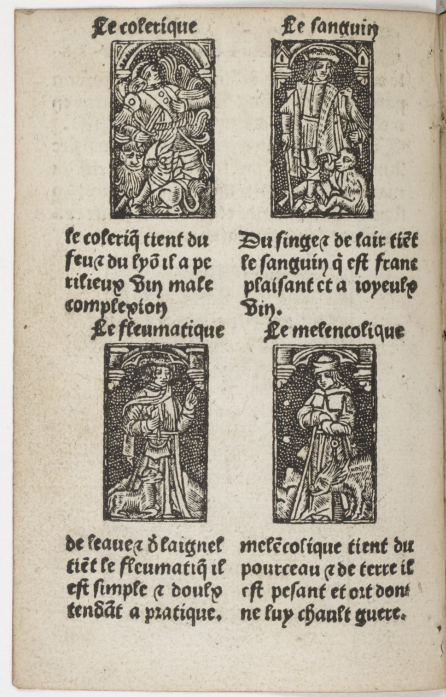 When a printer considered adding an ornament or illustration to a book under composition, he had to answer two questions: firstly, does it fit the text? And secondly, does it fit, quite literally, in the frame in which the type is being set? As historians, we are often happy to see an illustration brighten the pages of our sources, but it is not always obvious how these images should be interpreted. Could it be that the printer picked this particular image simply for its size? How do we go about establishing whether the inclusion of an illustration was motivated or more incidental?

The printed book offers a wealth of clues as to how, and by whom, it was intended to be read. By looking at bibliographical information, such as format and font size, and at what kind of book this particular printer tended to produce, we may gain an understanding of what the printer intended the book to be, and what role the illustrations played in that undertaking. 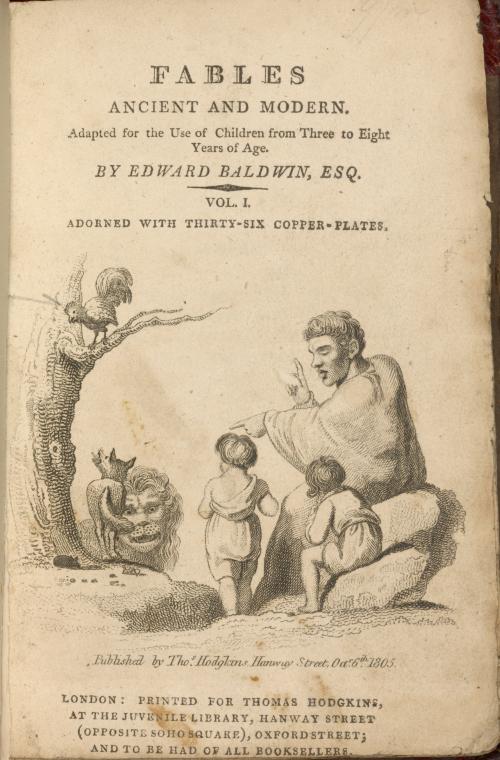 As a political reformer, educator, children’s bookseller and a children’s author of the early 19thcentury, William Godwin (1756-1836) considered the importance of illustrations in children’s books from political, commercial and pedagogical perspectives. Moreover, the process of illustrating books involved Godwin as author and bookseller, his friend William Mulready as illustrator, and a host of other actors, both real and imagined. As he commissioned artworks, Godwin weighed the impact of illustrations on children’s understandings of the texts he wrote while keeping in mind the need to make books attractive to the eyes of children and adults, from parents to schoolmasters and reviewers.

It is the relationships and the tensions between the pedagogical, the political and the commercial which I investigate in this paper. To do so, I will examine different editions of three works Godwin published for his Juvenile Library – the Fables, Ancient and Modern (two editions in 1805), the Pantheon (first edition 1806, second 1809, third 1810), and The Looking-Glass (1805) – while providing some additional context drawn from Godwin’s correspondence and other writings. Variations across editions highlight the commercial strategies and compromises he sometimes had to make in order to make his work acceptable to certain audiences, allowing him to spread his political and ethical message. Differences between these works regarding the use of illustrations show the different ways Godwin thought copperplates could buttress his pedagogical, political and ethical project.

This session will take place via Zoom. If you wish to attend please register by contacting the Visual and Material History Working Group organisers:  Ana Struillou, Matthias Ebejer or Moïra Dato.