A European Union flag is held in front of the Big Ben clock tower in Parliament Square during a 'March for Europe' demonstration against Britain's decision to leave the European Union, central London, Britain July 2, 2016. REUTERS/Paul Hackett/File Photo 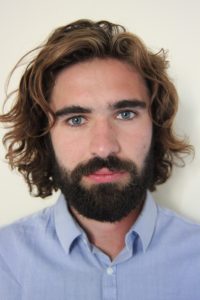 The current legal challenge to the UK government’s constitutional authority to trigger Article 50 TEU is the supporting act to the main event political drama of Brexit.
Summaries of proceedings in the case can be found on the UK Constitutional Law Association Blog (Day one, Day two, Day three).
Full transcripts of proceedings are available on the UK judiciary’s website.
This post does not provide a case note. Instead, by zooming out from the constitutional uncertainty engulfing Brexit, it calls upon the other Member States to provide clarity on the procedural and substantive requirements for withdrawing from the European Union in their own constitutional orders. Despite the procedure for withdrawal being defined at the Union level by the creation of Article 50 at the Treaty of Lisbon, there has been no concurrent clarification of the necessary ‘constitutional requirements’ at the level of the Member States. This seems to be explicable on the basis that nobody – not even the drafters of the clause – ever thought Article 50 would be triggered. If the lack of such procedures when membership is uncontested seems careless then their absence when the question of membership is being directly posed to the population looks more like political negligence. To elaborate further upon the analogy of Article 50 as a ‘safety valve’, the argument here is that such a device should only be used in ‘cases of emergency’. The procedure for such emergency use should be clearly defined before the situation arises, in addition to the reasons why this use is justified.

To start with the ‘how’ question of the procedural requirements: The UK’s withdrawal procedure was established in an ad hoc manner. The Prime Minister David Cameron made a manifesto promise to hold a referendum on the UK’s membership of the EU, a commitment that was first outlined in a speech in 2013. Following a majority victory in the 2015 General Election, which surprised even the Conservative Party, Parliament passed the European Union Referendum Act 2015 to establish the procedure for making this decision. However, even before the referendum the debate had began over whether this referendum was legally binding or only ‘consultative’. This has been pursued through into the arguments by the claimants before the High Court that a decision to trigger Article 50 is not possible without the involvement of Parliament. This lack of certainty is arguably also predicated on complacency on the part of political actors who never thought they would have to follow through with the Article 50 process. This is evidenced by David Cameron’s unfulfilled claim that he would trigger the clause the day after a leave vote. In reality, however, he resigned the day after the vote and bequeathed the constitutional and political Gordian’s Knot to his successor.

The ad hocism of Brexit has led to legal and political uncertainty. This could have been avoided if, following the creation of Article 50, the Member States had endeavoured concurrently to determine how the clause would be triggered in their national constitutional orders. Although withdrawal from the Union should not be equated with secession from a state, the Quebec experience in Canada is instructive. The question of the procedure for secession was referred to the Supreme Court before a proposed third independence referendum in 1996, thus providing a clear legal answer for the political process to follow. The result of this was the promulgation of the ‘Clarity Act’ in 2000. This constitutional law provides an exhaustively detailed framework for the future democratic decisions on Quebec independence.

The UK’s ‘chaotic Brexit’ may perhaps be the inevitable result of being the first state to even contemplate withdrawal from the European Union. Regardless, the other Member States can now look to this uncertainty as something to avoid. By contrast to the United Kingdom’s current situation, they should look to the clarity of procedure for legitimate secession in Canada, and seek to provide a similarly exhaustive statement of how the ‘constitutional requirements’ of Article 50 would be fulfilled in their own constitutional orders. Crucially, this should take account of the role of judicial actors, particularly regarding the protection of the ‘acquired rights’ of EU citizens from other Member States in the event of withdrawal.

Moving on to the question of ‘why’: As with many questions relating to EU and Member State constitutional interaction, the German experience is instructive. Although neither the Basic Law nor the German Constitutional Court have provided explicit conditions for when withdrawal would be legitimated, such conditions are arguably implicit. Article 23(1) of the Basic Law details that Germany is committed to participation in the development of the European Union. However, this is conditional on the Union being “committed to democratic, social and federal principles, to the rule of law, and to the principle of subsidiarity, and guarantee[ing] a level of protection of basic rights essentially comparable to that afforded by the Basic Law”. This provision reflects the history of jurisdictional ‘dialogues’ – perhaps less charitably ‘turf wars’ – between the Luxembourg and Karlsruhe courts.

Indeed, the judgments of the latter provide further clarification on the implicit conditions that would enable Germany’s derogation from the prima facie commitment to European integration in the Basic Law. At paragraph 244 of the Lisbon judgment, the Court clearly outlined that: “European integration may neither result in the system of democratic rule in Germany being undermined (a) nor may the supranational public authority as such fail to fulfil fundamental democratic requirements (b)”. The further elaboration of these conditions in the following paragraphs (“European unification…may not be realised in such a way that the Member States do not retain sufficient space for the political formation of the economic, cultural and social circumstances of life”) indicates that a substantive balancing takes place. In ‘pooling’ its sovereignty to pursue European integration, Germany must not forego its crucial role in guaranteeing the conditions for its own citizens to pursue individual and collective fulfilment. If this balance is undermined by the course of the European Union’s development – for example through increasing ‘competence creep’ – then this may provide a substantive reason for considering withdrawal as a ‘safety valve’ to preserve the functioning of the constitutional state.

Consequently, I would advocate that the Member States go further than this implicit approach. Instead, a discourse between political actors and stakeholders in civil society should take place in order to provide a clear constitutional statement of why the state engages in European integration, and what the limits of this engagement would be. It may be argued that this process would open the Pandora’s box of Eurosceptics seeking to hijack the process in order to drive their Member State towards the exit door. However, if we are more optimistic about the capacity for individuals to consider thoughtfully their relation to the European Union, this process could equally illuminate the oft-forgotten reasons for European integration, and the substantive benefits that are provided by the Union legal order and the status of European citizenship. By actively determining the substantive conditions for withdrawal, political actors could undercut the claims of Eurosceptic actors that the independence and sovereignty of the state has been sacrificed at the altar of a European super-state. In tandem with procedural clarity, the political contest over membership of the European Union could then be fought on an even footing, rather than on the basis of the misinformation and uncertainty that we have seen in the Brexit context.

*This post provides a brief overview of an argument that Oliver intends to pursue further in his PhD research, most proximately in the form of a short-article length paper.