Lecture: Recasting Secularism as One Conception of the Good Among Many in a Post-Secular Constitutional Polity by Prof. Michel Rosenfeld

Prof. Rosenfeld discussed one of the chapters of the book “Constitutional Secularism in an Age of Religious Revival”, edited by Susanna Mancini and Michel Rosenfeld (Oxford University Press, 2014)

The title of the talk was “Recasting Secularism as One Conception of the Good Among Many in a Post-Secular Constitutional Polity”.

The event was chaired by: Professor Gábor Halmai and EUI researchers Darshan Datar and Elena Brodeală and took place on Thursday, October 13th from 17:00 to 19:00 in Sala del Consiglio, Villa Salviati.

Around 20 researchers from different departments attended the event. 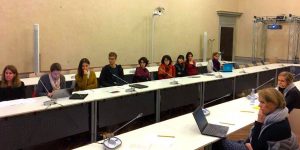 The talk was followed by a Q&A session and an informal wine reception. 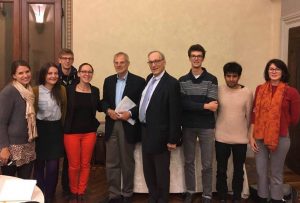 We want to thank everybody who joined us and especially to Prof. Rosenfeld for his very interesting and thought-provoking talk! We think that the event was a real success and we hope to be able to welcome Prof. Rosenfeld at the EUI once again in the future!