A Return to Targeted Assassinations in Gaza 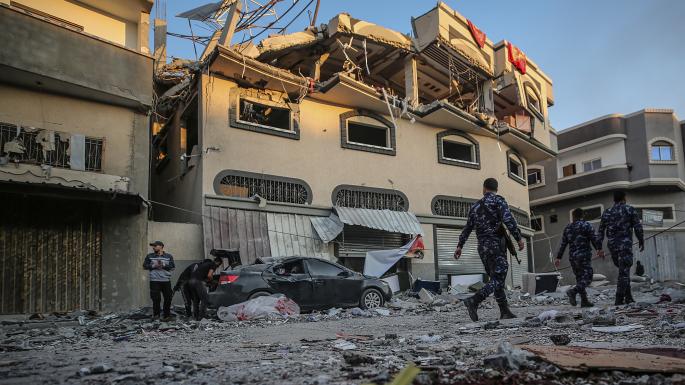 This morning, Israel carried out a targeted assassination of the senior military commander of Palestinian Islamic Jihad in Shajiaya, in the north of the besieged Gaza Strip. Bahaa Abu al-Ata, 42 and his wife Asma Mohammed, 39 were killed as a bomb struck their home in the early hours of this morning. Syrian state media reported that several hours later, two rockets were fired from Israeli war planes in the Galilee, targeting the home of senior Palestinian Islamic Jihad leader Akram Ajouri in Damascus. The attack in Gaza was described by Israeli military spokesman Lt Col Jonathan Conricus as “surgical”: carried out against an individual who they believed was planning an imminent attack on Israel. Bahaa Abu al-Ata was described as ‘a ticking bomb’, and the assassination as ‘a pre-emptive strike aimed to kill a senior military commander’.

The political timing of this assassination is striking. MK Omer Barlev, a former member of the Knesset Foreign Affairs and Defense Committee this morning claimed that the assassination was politically motivated, coming just seven days before the opposition mandate for Benjamin Nettanyahu to form a government expires. In an attempt to hold the rightwing bloc together during protracted negotiations, Netanyahu recently appointed Naftali Bennett as Defense Minister, who has previously called for the assassination of Hamas leadership in Gaza.

But targeted leadership assassinations in Gaza are uncommon. Although extra-judicial killings do happen in Gaza (most recently Hamid Abdul Khudri, a financier of Hamas was killed in a missile attack on his moving car in May 2019), this is the first leadership assassination since Ahmed al-Jabari in 2012, the then head of the Hamas military wing. That assassination sparked the 2012 Operation Pillar Defense, in which174 Palestinians were killed in eight days. Since then, an implicit acknowledgement between Israel and Gaza has been that high-level extra judicial killings lead to severe escalations, and have since been avoided.

While Hamas have demonstrated their ability to restrain their own military wing in Gaza, based on the ceasefire agreement in place since November 2018, the potential of Islamic Jihad to escalate their response is not known. Islamic Jihad has less of a political base than Hamas, and as such is less accountable, other than to its Iranian backers. Hamas have stated that this assassination will not go unpunished, but it is unclear whether they would fully support Islamic Jihad in a military escalation. An alternative scenario would be an internal Hamas response within Gaza in efforts to regain full control of the situation. 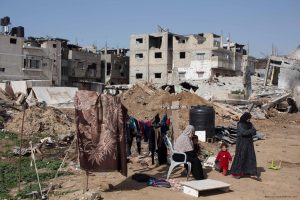 What is clear is that the root cause of this is Israel’s occupation of the Palestinian territories, to which the Palestinian national leadership has an increasingly fragmented approach. The likelihood that either of these can be addressed before Palestinians in Gaza are once again trapped in a tragically routine and vicious circle of violence seems inconceivable.

So far since this morning, Islamic Jihad have fired 170 rockets into Israel, while Israel have targeted what it claimed were two Islamic Jihad bases in Gaza, killing a total of 5 Palestinians and injuring 30. Israel has limited the fishing zone around Gaza to six nautical miles, and locked the population in, closing both crossings between Gaza and Israel. Meanwhile, schools are closed, and few people have gone to work, many instead gathering supplies in anticipation of further military escalation.