A Call for Reform, Expediency and Transparency : MPC’s Response to European Commission’s consultation on non-EU researchers and students

The European Union (EU) still has a long way to go before it is able to make itself the most attractive destination for non-EU researchers and students. This simple conclusion has emerged clearly in the Migration Policy Centre’s (MPC’s) recent response[1] to the European Commission’s open consultation on “The future rules on the entry and residence of non-EU national researchers, students, school pupils, unremunerated trainees and volunteers in the EU”[2].

One may ask, what is the importance of this consultation? Migration policy, including procedures on visas and residence permits, plays an important role in enabling the access of non-EU students and researchers into the EU. They are also crucial for defining the rights of non-EU nationals and ensure their fair treatment once they reside in the EU. To have a transparent and straightforward migration policy is also important for the EU as it wishes to become the main destination for non-EU researchers and students.

With these objectives in mind, the European Commission conducted the above consultation to evaluate the existing directives governing the entry and residence of third-country nationals (TCNs) students and researchers. The directives in question are – Directive 2004/114[3](the so-called “Students Directive”) and Directive 2005/71 [4](also known as the “Researchers Directive”). These directives affect approximately 81,515 non-EU students[5] and, furthermore, influence the EU’s external migration policy and its dialogue and cooperation with third countries in this area, defined by the EU Global Approach to Migration and Mobility[6](GAMM).

MPC´s response to the consultation has highlighted some of the main shortcomings in the current EU Directives, in particular focusing on the four issues discussed below: 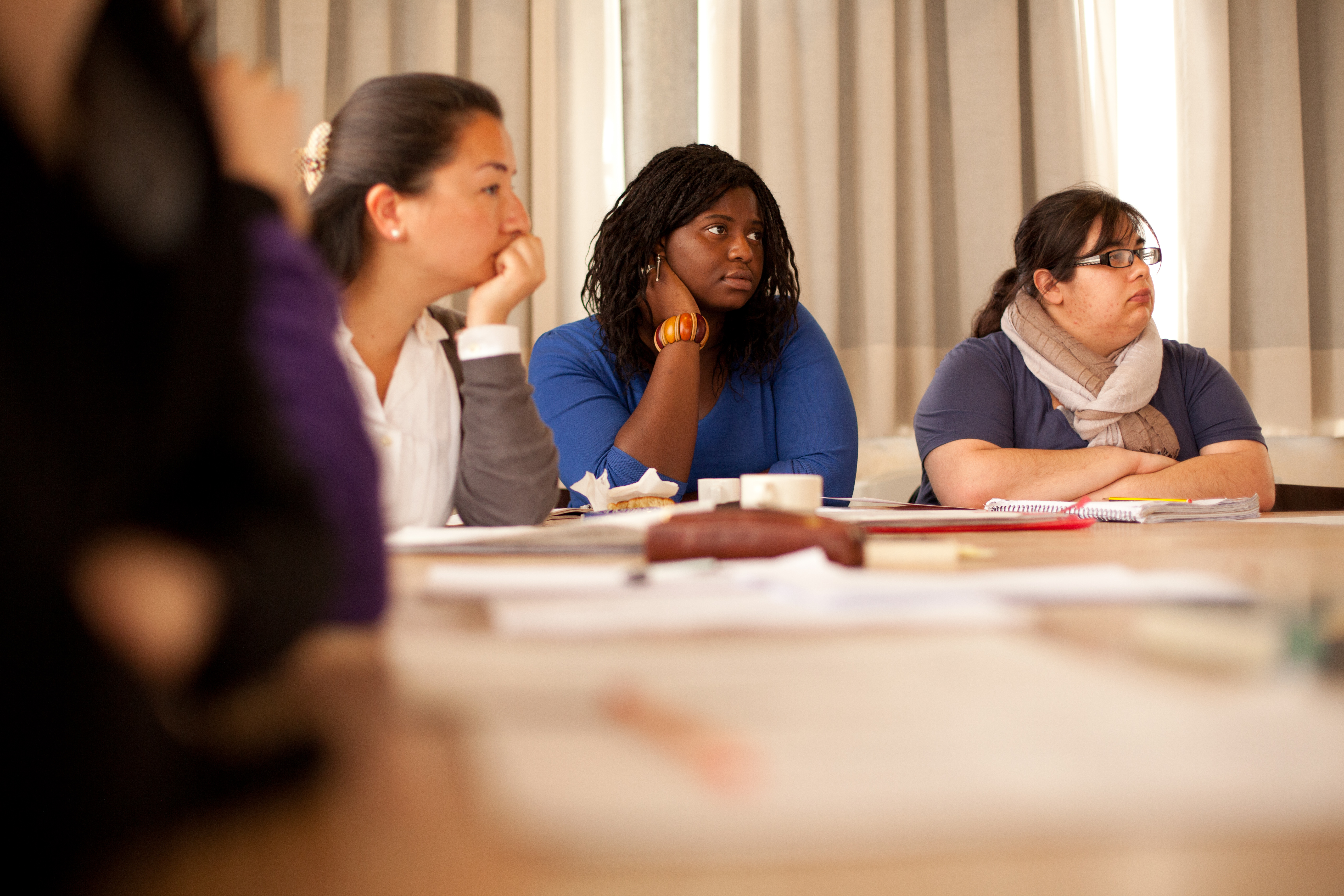 Firstly, with regards to the visa processing time, the MPC believes that there should be a precise binding time limit for deciding on applications. Currently,  Article 15.1 of the “Researchers Directive” and Article 18.1 of the “Students Directive” are too general and need to be modified. In comparison with the three months deadline for EU Blue Card[7] for highly skilled workers, a maximum duration of one month could be considered appropriate and made binding on Member States for processing applications and delivering the long-term visa (or the residence permit if this is done abroad).

Furthermore, to facilitating visa and residence permit applications, the Commission and Member States should take more care of making information available about the existence of rules facilitating the admission of researchers and students in the EU. A worldwide campaign towards third-country research organisations, universities and ministries involving the embassies and consulates of Member States could be envisaged.

A major concern that has been brought to the forefront by the MPC response is the issue is the discussion of transparency and accountability in the visa processing stage. The MPC believes that Article 14 of the “Researchers Directive” and Article 18 of the “Students Directive” should be modified to oblige immigration authorities to notify their reasons in case they refuse an application. This would further enhance the transparency in the process and boost a credible image of the issuing authorities.

In addition, it must be stressed that infringement procedures should be launched without any further delay against Member States applying different rules than the directives for the delivery of visas or a two steps procedure (one for the admission and one for the delivery of the visa). The delivery of residence permits abroad through consulates and, consequently, the abolition of long-term visas for the category of temporary migrants such as students could be considered as one possible option to facilitate their admission in the EU.

With regards to researchers, MPC proposes that they should be allowed to do some accessory paid work in direct relation with their research project during their research period, like writing articles in scientific reviews, giving conferences or consultancy, etc.  For students, during their study period there should be a threshold of up to a minimum of 20 hours per week while no limit should be put during periods of holidays (if the student has made acceptable progress in his/her studies). The rationale is that such accessory work would provide both students and researchers with a significant amount of experience and academic credentials. It is also important to highlight that work during study is an essential source of financial support for many students who do not receive scholarships. Therefore, access to work for students and researchers should be facilitated (exempted of labor market test and even of work permit).

After completion of studies, TCN students and researchers should be allowed to stay in the EU for a limited period of time. For researchers, a temporary extension of one year should be given to enable them to start a new research project, engage in other work or establish a company. Students should be allowed to stay for a maximum of two years after their graduation. Both of these proposals are legitimate as long as the person does not become an unreasonable burden for the social assistance system of the concerned Member State and there is no brain drain problem with the country of origin of the researcher/student.

Intra-EU mobility has always been a thorny issue for non-EU students and researchers as every EU Member State has different immigration rules concerning it. To facilitate short-term mobility, MPC proposes that a long-term visa delivered to a researcher or student should be valid for the maximum of one year as envisaged by Regulation 265/2010[8], unless the duration of the research or study is shorter (in this case, the long-term visa should be valid for the duration of the research project). This should facilitate the mobility of researchers and students into the EU and towards their country of origin, as the Member States are obliged by the same regulation to replace long-term visas by a residence permit before the visas expire.

The provisions on student mobility could be further improved, by removing the obligation for the student to prove that the studies in the second Member State is a part of or complementary to the studies for which the student has been admitted by the first Member State. The system of the simple declaration instead of a proof (as applied to EU students by Directive 2004/38[9] for the condition of financial resources) could also be applied to the case of the mobility of TCN students.

–         Member States could prepare a leaflet in several languages explaining the facilitations offered to researchers regarding immigration procedures. This leaflet should cover the issue of mobility rights in order to explain clearly their rights and how it works in practice. These leaflets should be made available in consulates and also be sent to the research organisations that Member States have approved under the “Researchers Directive” for dissemination to researchers getting in touch with them.

–          The border between the notions of “PhD students” and “researchers” should be made clear for the users. The criterion is related to the payment of the person: a student is unpaid. Therefore, paid PhD students should be treated as researchers under the “Researchers Directive” (so that they would not need a work permit) as long as they are compensated in money for the work they do for the research organisation. For the rest, it seems difficult to treat unpaid PhD students like researchers because of the risk of abuse of the system.

–          Except for universities based in UK, France and Germany which are widely publicised, there is only limited promotion of other universities from EU Member States. The Commission should make sure that all necessary information about the universities from Member States is accessible through the EU Immigration Portal[11]. In particular, the Commission should check that information about the minimum amount of resources that a TCN should have, is easily accessible.

–          On the basis of the jurisprudence of the Court of Justice of the EU in the case of Commission v. Netherlands of 26 April 2012[12], the Commission should launch without any further delay infringement procedures against Member States requiring disproportionate fees for the delivery of long-term visas or residence permits to students.

In conclusion, the MPC considers that the EU and its Member States should take more care about the treatment of persons that they invite within the purview of EU-financed programmes. Specific procedures involving the Commission and Member States (in particular consulates) should be put in place to make sure that immigration procedures run smoothly and bona fide researchers and students are really treated as welcome guests in the EU. This is essential for a good public image of the EU and would also help in promoting it as an attractive destination for non-EU students and researchers.

Acknowledgment: Special thanks to Ashley McCormick, Research Assistant to the MPC, for his kind assistance with the statistical data.

[2] European Commission’s consultation questionnaire on “The future rules on the entry and residence of non-EU national researchers, students, school pupils, unremunerated trainees and volunteers in the EU”

[8] Amendment to the ConventionImplementing the Schengen Agreement and Regulation (EC) No. 562/2006 as regards movement of persons with a long-stay visa http://eur-lex.europa.eu/LexUriServ/LexUriServ.do?uri=CELEX:32010R0265:EN:NOT

[9] Directive defining the Right of citizens of the Union and their family members to move and reside freely within the territory of the Member Stateshttp://eur-lex.europa.eu/LexUriServ/LexUriServ.do?uri=CELEX:32004L0038:en:NOT