How normative is the EU’s power in the field of asylum? 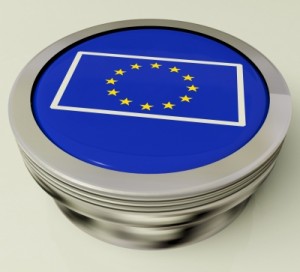 While much has been written about the European Union’s role in shaping migration and asylum policies in third countries, there is hardly any empirical evidence regarding the extent to which the EU asylum acquis has been emulated in the countries of the so-called European Neighbourhood. The lack of such evidence is problematic as, without a solid empirical underpinning, a wide range of theories and claims developed in the context of the external dimension of the EU’s migration policy stand on fragile ground, which undermines their credibility. The aim of the article “The Diffusion of the EU Asylum Acquis in the Eastern Neighbourhood: A Test for the EU’s Normative Power” that was just published in European Foreign Affairs Review, 2(2015), p. 187-206 is to fill this gap by testing the theory of the EU’s normative power and related norm diffusion.

The main emphasis of the article is on the EU’s Eastern Neighbourhood, which deserves special attention as due to the European aspirations of the countries concerned and the numerous mechanisms used by the EU to shape their asylum policies, it is particularly interesting to see what the results of this process are and consequently, whether and to what extent the EU exercises its presumed normative power in its immediate neighbourhood. Against this background, by examining in detail the level of approximation between the Eastern Neighbourhood countries’ asylum legislation and the EU asylum acquis, the paper aims at better understanding the real impact of the EU’s normative power.

The case study of the asylum law transfer serves the aforementioned aim particularly well: as most of the factors (i.e., contagion, informational diffusion, procedural diffusion, transference, overt diffusion), from which the EU’s normative power stems and which shape norm diffusion in international relations, are present in the EU’s cooperation with the Eastern Neighbourhood countries in the field of asylum, it could be reasonably assumed that the EU exercises a great normative power in that process. Yet, this assumption is challenged by the main findings of the article. Even if, since the launch of the European Neighbourhood Policy in 2004, the EU has gradually expanded the mechanisms of diffusion of its asylum acquis in the Eastern Neighbourhood, acting thus as a normative power in the field of asylum, the paper illustrates that this does not always lead to the real normative power of the EU. This dynamic is observable in Moldova and Ukraine.

While in Moldova the diffusion of EU’s asylum acquis has been quite successful, the same cannot be said about Ukraine that is more important for the EU’s interests in managing migration and asylum flows in its neighbourhood. Even in Moldova, norm diffusion has not always been linear. Yes, Moldovan legislators tried to go beyond some restrictive EU standards and establish more progressive rules governing asylum policy. However, the key principle of the international and European refugee law, non-refoulement as well as the so-called exclusion clause have been altered in such a way that might lead to gross violations of the aforementioned principles. A similar tendency of alteration of EU standards was to be observed, until recently, in Ukraine with regard to diffusion of EU’s standards regarding temporary and subsidiary protection. Both forms of protection have been taken over by the Ukrainian legislator with serious flaws in their original meaning and it was due to the EU’s pressure in the framework of the Visa Liberalization Dialogue that Ukraine had to modify them with a view to compliance with corresponding EU standards. This exemplifies the leverage the EU has in the diffusion of its standards. However, the fact that, apart from marginal similarities with EU asylum norms, the Ukraine’s asylum legislation does not reflect the ‘norm’ in EU asylum acquis is a strong indication that, despite all the norm diffusion mechanisms put in place by the EU in relation to Ukraine, the EU has had little normative power in that country. The same example of successfully forcing Ukraine to modify its relevant concepts of complementary protection shows clearly that within the Visa Liberalization Dialogue, the EU can have normative power over Ukraine. However, the fact that the EU did not use all of its leverage to press Ukraine to bring its entire asylum legislation in compliance with EU standards is telling. It illustrates that due to the recent events in Ukraine, the EU decided to trade in its normative power for high politics.

The successes and failures of EU norm diffusion in the countries in question show the mixed consequences of this process for asylum seekers and refugees. The emulation of temporary and subsidiary protection concepts is certainly a positive development for the persons concerned. However, the fact that more and more applicants are granted subsidiary protection can also indicate that genuine refugees do not always receive the convention status. Moreover, the blind adoption of certain EU norms developed in particular EU contexts but not always relevant for third countries can lead to cases where the emulation of an EU ‘norm’ triggers ‘abnormal’ conduct in third countries. This conduct can be to the detriment of the persons who are subjects of that norm: take what happened in Moldova with regard to accelerated procedures. At the same time, it is also true that, if fully emulated in the Ukrainian legislation, EU asylum standards would have had a strong positive impact on the current deplorable situation of people seeking asylum in Ukraine. This shows the dilemma of trading in normative power for high politics: while the visa liberalization process itself, which has been instrumental in norm diffusion, will be profitable for Ukrainians, the EU’s unique opportunity to make Ukraine bring its standards in compliance with the EU acquis has been missed with negative effects for people in need of international protection. That is why it is important for the EU to combine its normative power with high politics instead of hastily abandoning the former for the sake of the latter.