The movement of Ukrainian refugees and their pets across Europe’s borders unleashed an unprecedented solidarity with refugee animals, including the temporary lifting of transboundary veterinary requirements. Common responses to forced migration rarely facilitate or consider animals however; from basic shelter design, to refugee camp planning, and the provision of sanitation and food, animals are largely excluded. They are generally considered a risk to health by policy makers, as zoonoses, diseases transmissible between animals and humans, make up for over 60 per cent of infectious disease. However, this exclusionary approach has consequences.

In order to better understand the role of animals in zoonotic disease dynamics in displacement, I conducted 14 key informant interviews with humanitarian, animal and public health experts, as well as 14 household interviews with Jordanian and Syrian livestock keepers in Mafraq Governorate. I found that rather than increasing zoonotic disease, the vulnerability to zoonoses primarily depended on pre-existing health inequalities, while animals were able to provide nutrition and livelihood opportunities to the displaced, improving their health status instead.

A few months ago, I presented on these findings at the Global Health Security conference in Singapore. Another researcher came up to me following my presentation, to share the challenges they faced trying to evacuate their dog from a conflict zone in Africa the previous year. Their challenges are not unique.

For all animal owners, pets are an essential part of their lives, primarily in terms of companionship. For those dependent on their animals as livestock however, their animals are even more central as sources of nutrition, livelihoods, (mobile) assets, and for cultural reasons. The findings of my research demonstrate that:

Challenges for Syrian refugees in Jordan

Among Syrian refugees and their host communities in Jordan, determining the risks of zoonotic diseases was incredibly complex. After the collapse of Syria’s health and veterinary infrastructure, animal vaccinations, livestock quarantine, and border control were affected. In need of cash for moving and faced with limitations for their animals, Syrians sold off all their livestock before crossing the border.

While government officials attributed outbreaks of zoonoses to refugee movements, the study showed that in fact, refugees were unable to bring any animals into Jordan. Instead, they tried to rebuild their livelihood through acquiring animals locally, but high-level political and practical barriers hampered their access to livestock assistance, increasing their vulnerability to animal and zoonotic diseases. Because Syrians were unable to bring their animals, rather than entering Jordan through formal channels, and thus with  required vaccination checks and quarantine, some of these animals ended up being smuggled into Jordan via clandestine routes by opportunistic smugglers. As a result, both refugees and host populations may buy (back) smuggled animals, which may cause animal and zoonotic disease to spread to neighbouring countries and further throughout the region. 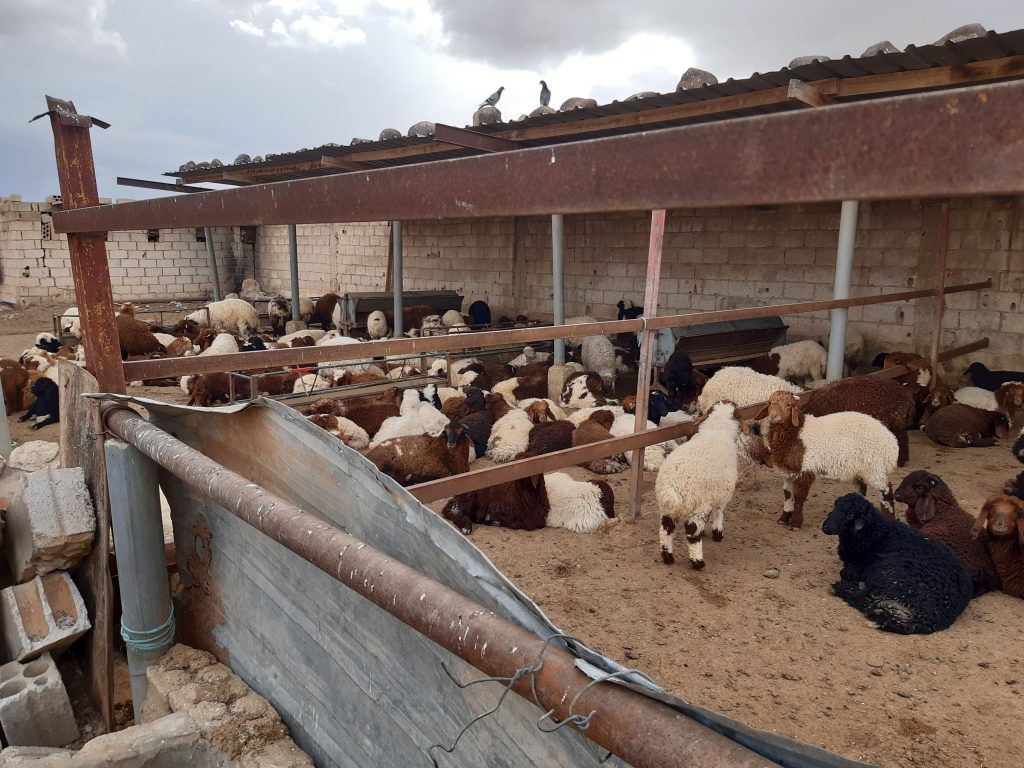 COVID-19 highlights the risk of inequalities

The findings of this research, conducted before and in the early days of the pandemic, have since only increased in relevance. COVID-19, a disease with zoonotic origins, highlighted the vulnerability of unequal global health systems and differing responses to infectious disease. The pandemic demonstrated both the ongoing threat of zoonotic pathogens to global health security, as well as the health inequalities faced by people and animals on the move.

Zoonotic pathogens are estimated to affect over two billion people, causing 2.7 million human deaths annually. While repeated outbreaks of viruses such as Ebola and Nipah speak to people’s imagination, the most common zoonotic diseases are endemic: salmonellosis for instance, causes gastroenteritis through consuming contaminated food or water. Meanwhile, Rabies still causes approximately 59,000 deaths a year. People living close to their animals are at higher risk of zoonotic pathogens, however as my research shows, their vulnerability is determined by a range of complex interacting factors.

During COVID-19, refugees and migrants often remained excluded from primary healthcare and other services. For example in Greece, refugee camps were locked down, and elsewhere borders closed to refugee resettlement, leaving refugees even more vulnerable to disease. But this exclusion didn’t just impact refugees, it also impacted animals in displacement. Excluded from basic veterinary services, animal health in disaster quickly deteriorates, which impacts their keepers’ nutrition and wellbeing. As both people’s and animals’ immune systems weaken, diseases get a better chance to spread, including zoonoses, which are highly prevalent in the regions where the majority of forced migration occurs.

What can be done?

To protect animal, human, and global health, it is essential to better facilitate animals in forced migration.

Animals need to be part of a holistic approach in responding to forced migration contexts. Not just to protect them and their keepers, but to safeguard and improve overall health, lives, and livelihoods.

Zoonotic disease risks, and the underlying defining processes, call for sustained support to animals and humans, before, during and after displacement. The uncertainty around disaster and disease requires a flexible multi stakeholder and multidisciplinary approach. Importantly, improving human and non-human animal health in displaced communities requires addressing the structural processes that lead to inequalities, while empowering communities to increase their agency through more equitable resource distribution.

Policy makers and humanitarian responders need to develop more inclusive policies and procedures that consider domestic animals in forced migration such as what was shown in the Ukraine response. This will help in preventing zoonotic disease risk, while supporting livelihoods for a more sustainable long-term solution to forced migration.

To learn more about this research on the public health importance of livestock in refugee response, click here.

Dorien Braam is currently Policy Leader Fellow at the School for Transnational Governance at the European University Institute, focusing on climate change, forced migration and infectious disease, addressing the most pressing global challenges of our time. She has a multidisciplinary background in international development and humanitarian emergency research, planning and response, providing strategic policy and programming advice as the Director of Praxis Labs. Dorien holds Bachelor and Master of Science degrees from Delft University of Technology, and a Master of Science in Biomedical Sciences from the University of Edinburgh. She recently finalised her PhD research with the Disease Dynamics Unit at the University of Cambridge on the political and socio-economic causes and impact of zoonoses – diseases transmitted between animals and humans – in displaced populations. She is affiliated with the Centre of Governance & Human Rights at the University of Cambridge, and the Center for Global Resilience and Security at Norwich University.