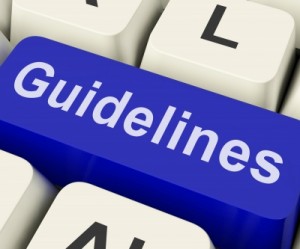 The European Council of 26 and 27 June 2014 had to define the strategic guidelines for the legislative and operational planning within the Area of Freedom, Security and Justice for the next period (2014-2020 in line with the EU financial perspectives). It did so by also adopting a “Strategic Agenda for the Union in times of change” consisting of five priorities among which was a “Union of Freedom, Security and Justice”. As no other name had been used, we called them the “Ypres Guidelines” because this was the Belgian city chosen by the President of the European Council to hold the summit commemorating World War 1. The Ypres guidelines succeed the Tampere conclusions (1999), The Hague programme (2004) and the Stockholm programme (2009) with which the European Council laid down the foundations and indicated the main directions for the development of the Area of Freedom, Security and Justice.

The preparatory discussion of these guidelines took place in a climate in which most stakeholders and observers considered that times have changed and a new programme was no longer necessary because the Area of Freedom, Security and Justice had reached a stage of maturity with the adoption of many legal and policy instruments. Following that line, the emphasis had to be put on the correct transposition of EU directives and the effective implementation of the instruments in place. The new guidelines reflect that priority but their added value is extremely limited. They constitute mainly a collection of previous general statements without commitment, as is the case with the guidelines on integration, return, resettlement, Frontex and the link between the internal and external dimensions of the immigration and asylum policy. Even guideline n°3 on the main priority relating to the transposition and implementation of existing instruments is rather weak as it is silent on the crucial issue of how they should be evaluated and could therefore remain dead letter, which has already been the case in the past (see in particular a Commission Communication of 28 June 2006 followed by Council conclusions of 19 June 2007 , which were never implemented). Contrary to guidelines n°8 on irregular migration and n°9 on external borders, one will also notice that guidelines n°6 and 7, on legal migration and asylum respectively, are not accompanied by specific requests. This reflects the true priorities of the EU and puts into evidence the disequilibrium between the different components of its migratory policy. Despite their weaknesses, the Ypres guidelines may generate a lively academic debate as shown by the complete opposition between our own analysis and that of the Ceps, overestimating from our point of view their content considered as “a subversion of (a so-called) Lisbonnisation of Justice and Home affairs”.

A quick review of the more specific guidelines leads us to formulate the following remarks:

It is difficult not to be disappointed by the Ypres Guidelines, on which it has been easy to build a consensus because they lack real content as noticed by another watchful observer of the EU policies on migration and asylum. Their lack of ambition is confirmed in comparison with the proposals put forward by the Commission in a Communication entitled “An open and secure Europe: make it happen” of 11 March 2014, envisaging among other elements a platform for the exchange of information between Member States on labour market needs, a single area of migration based on mutual recognition rather than harmonisation and the creation of Schengen Visa Centres. Let us not even speak of future challenges that have been insufficiently taken into consideration, such as the concrete implementation of the principles of solidarity and fair sharing of responsibilities between Member States, or even completely ignored, such as the mobility of third-country nationals.

The Ypres guidelines could be a paradoxical turning point with no guidance given by the European Council at the moment it proclaims the Union of Freedom, Security and Justice as one of the top five priorities of the EU. This draw-down of the European Council is not neutral from an institutional point of view. The Commission could be seen as the winner of the process because, with such guidelines, its new members will be freer than they have previously been to set the future agenda of the EU. This could, however, be a pyrrhic victory as the Commission may have lost the political support of the European Council it precisely needs in its daily face to face with the Council of Ministers for Justice and Home Affairs, which has until now been the more reluctant institution in the building process of the Area of Freedom, Security and Justice. Let us hope that this episode does not announce the beginning of the decline of EU immigration and asylum policies , which could enter into a phase of stagnation focused on daily business despite the twists and turns they may create on the political agenda because of the media coverage of some events.

The fact that the question “What to do now?” came up immediately after their adoption shows not only the absence of real content in these guidelines, but also that the moment chosen for their adoption was not the right one. Despite the protests of the European Parliament, the European Council decided to maintain its agenda as foreseen, with the consequence that the guidelines were prepared by a Commission and a President of the European Council who were finishing their mandate, and without a Parliament able to contribute to the process because of the elections. The publication by the EU Italian Presidency on 1 July 2014 of several papers to reflect on the priorities of the Union of freedom, security and justice confirms that the Ypres guidelines will probably be quickly forgotten. The new Commission, particularly as one of its members will be specifically in charge of migration, could be tempted to present a brand-new and complete programme. It is, however, unlikely that the Member States would appreciate the Commission devising its own programme for the EU just after having been told that such technique was outdated. Therefore, one way out could be to elaborate on the basis of the Ypres guidelines with a much more complete and detailed action plan to be adopted jointly with the Council of Ministers, such has been the case with the action plan implementing The Hague programme. This would also be an occasion to involve more closely the new European Parliament and the members of its Libe Committee in the definition of the agenda in order to build an inter-institutional consensus around sensitive policies that need as much political support as possible.

By Prof. Philippe De Bruycker, Deputy Director of the Migration Policy Centre at the RSCAS/EUI

All comments are welcome at [email protected]