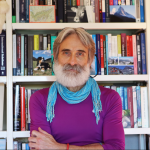 Jeffrey T. Checkel joined the Department of Political and Social Sciences in January 2020, as Chair in International Politics, moving from Simon Fraser University in Vancouver, where he held the Simons Chair in International Law and Human Security. He had previously taught at the University of Pittsburgh and the University of Oslo.After a first degree from Cornell University in applied physics, Checkel received a PhD in political science from the Massachusetts Institute of Technology. A consistent theme in his scholarship has been to bridge divides of discipline, epistemology, and subfield. After a start in Sovietology and arms control, Checkel turned to the study of institutions and norms; to European politics and identity; to transnationalism, civil wars and political violence; and – most recently – to international institutions and the populist backlash against them.Checkel’s research interests include international relations theory (domestic-international linkages, international institutions, constructivism, governance), conflict studies (civil war), European integration (Europeanization, identity) and qualitative methods (process tracing, bridging positivist-interpretive techniques).He has published broadly on these topics, including four books from Cambridge University Press and one volume from Yale University Press. At EUI, he offers seminars on international-relations theory; civil wars; the liberal order and identity politics; international institutions; qualitative methods; and philosophies of social science. 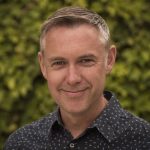 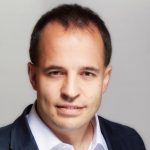 Filip Kostelka holds the Chair in Political and Social Change while on leave from the Department of Government at the University of Essex, where he is Senior Lecturer (Associate Professor). Filip earned a Ph.D. in Political Science from Sciences Po, Paris (2015) and held predoctoral and postdoctoral appointments at the College of Europe, Bruges, University of Montreal and University of Barcelona.His research interests cover the fields of political behaviour, party politics, and regime change. Among other topics, he studies why and when citizens (don’t) vote or protest, and how different political and contextual factors (e.g. political regime change, institutional reform, etc.) affect citizens’ behaviour and attitudes (e.g. democratic satisfaction).Geographically, Filip focuses on countries in Central and Eastern Europe, comparing them with polities in Western Europe and other regions. He mostly uses quantitative research methods, including time-series cross-section data analysis, survey data analysis, and experimental methods. His research has been published in journals such as the American Political Science Review, British Journal of Political Science, Comparative Political Studies, or World Politics; and publicised in media outlets such as Le Monde, Washington Post, Radio Canada, France Inter, or Euroactiv.

Ellen M. Immergut joined the EUI as Chair in Political Science in September 2017. She is on leave from her position as Chair in Comparative Politics at Humboldt Universität Berlin and has previously held professorships at the University of Konstanz and the Massachusetts Institute of Technology. She received her BA, MA and PhD degrees from Harvard University. She is currently Scientific Programme Coordinator for the transnational research programme Welfare State Futures (WSF), launched by the New Opportunities for Research Funding Agency Co-operation in Europe (NORFACE). The WSF programme features a Europe-wide network of researchers gathered around fifteen large projects comprising 60 principal investigators and more than 200 researchers designed to ask, and answer, fundamental questions about the design, delivery and experience of welfare in the 21st century from a variety of perspectives and disciplines. She delivered the State of the Union address at the 2018 State of the Union Conference on “Solidarity in Europe”.

Research interests: The impact of electoral and political competition on welfare state reforms; policy responsiveness and policy feedback effects; health politics in Europe; and the consequences of right-wing populism for social policies. She has published on Health Politics, Pension Politics, and more generally on welfare state reform, and institutionalist theory. 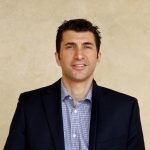 Arnout van de Rijt joined the Department of Political and Social Sciences in September 2019. Van de Rijt received his PhD in Sociology from Cornell University in 2007 and worked until 2016 as Assistant and Associate Professor of Sociology at Stony Brook University, where he co-founded and -led the Center for Computational Social Science. Since 2016 he has been Professor of Sociology at Utrecht University. He is president of the International Network of Analytical Sociology and elected member of the European Academy of Sociology. Van de Rijt received the Lynton Freeman (2010) and Raymond Boudon (2017) early career awards.