Has Covid-19 put an end to the wave of popular uprisings in the MENA? 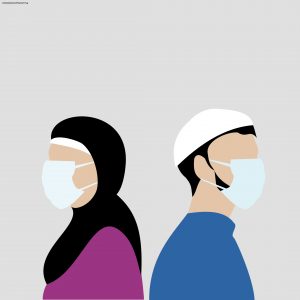 The spread of Covid-19 to the MENA region has coincided with a heightened period of popular mobilisation for political change in a number of countries, namely Iraq, Lebanon and Algeria. In response to the initial impact of the virus, all types of popular gatherings were put to an end in an attempt to contain its spread. This has provided the regimes in place some respite from the protests that have been taking place for months. More importantly, however, the current crisis has assigned greater credit to authoritarianism in facing the spread of the virus. Glorifying the Chinese model for its strict measures as a means to effective survival of the Covid-19 challenge – unlike more relaxed measures in other democratic countries, including Western Europe and the US – has been widely advocated by authoritarian voices in the region to counter the narrative of those calling for political change.

Indeed, the current crisis has highlighted the importance of state institutions and their ability to face these types of threats, including their efficient use of coercive measures to impose decisions. However, it has also highlighted other values that have been preached by democratic voices in the MENA for a long time, such as transparency and accountability.

Although China has been successful in facing the virus, it is also true that without the control and censorshipimposed by the Chinese regime over society, the media would have had the chance to inform the public about the epidemic much earlier, which would have saved thousands of lives, not only in China, but also across the world. The Chinese police arrested doctors who wanted to alert others to the severity of this virus. Such was the case of Li Wenliang,who wasarrested by Wuhan police on 3 January and forced to sign a statement acknowledging that he had “spread false rumors.”One month later, Li died from the virus.

While Covid-19 may have applied brakes to the current wave of protest in the region, a new episode of popular mobilisation is likely to start once the dust settles. This crisis has shown the people of the region not only that they need a strong state with an ability to enforce decisions in moments of epidemic, but also that they cannot trust this state unless its institutions are committed to the principles of transparency and accountability.