Deal of the Century Drama! 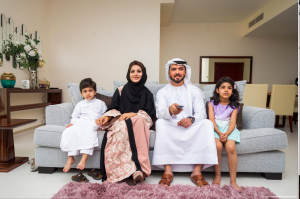 Early this year, US president Donald Trump announced his Israeli-Palestinian peace plan, the deal of century. According to the US plan, “the time has come to end the conflict, and unlock the vast human potential and economic opportunity that peace will bring to Israelis, Palestinians and the region as a whole.” This plan was advertised as a further step towards normalisation between Arabs and Israelis. Recent years have already witnessed “cooperation in different ways and at different levels” between the two sides, as Israeli Prime Minister Benjamin Netanyahu described it.

The new discourse that accompanied the deal of the century on normalisation between Arabs and Israelis was reflected in TV dramas in the holy month of Ramadan this year, namely the ‘Exit 7’ and‘Umm Haroun’(the mother of Aaron) TV shows. Both aired on the Saudi-controlled satellite channel MBC. In Exit 7, a character defends doing business with Israelis, and questions whether Israel should remain an enemy as it’s the Palestinians who have been ungrateful for Saudi Arabia’s support. Umm Haroun explores the history of the Jewish community in Kuwait during the 1940s, highlighting discrimination against the Jews through the story of the main character Umm Haroun, a Jewish doctor.

However, an Egyptian TV series has challenged this pattern. A scene from ‘El-Nehaya’ (The End), set in 2120, shows a teacher giving a lesson on the war to liberate Jerusalem in which the Arabstates destroyed Israel, which is described by the teacher as their “bitter enemy.” The Egyptian soap opera has led the Israeli foreign ministry to issue a statement condemning the show. The statement described the series as “completely unacceptable, especially because the two states have had a peace treaty for the past 41 years.”

This last incident is not the first time the Egyptian media have portrayed Israel in this way. Numerous Egyptian movies and soap operas have often insisted on the image of Israel asan enemy. Although Egypt was the first Arab state to recognise Israel and signed a peace treaty with it in 1979, Egyptian public opinion remains hostile to the idea of normalising relations with Israel. Many Egyptians perceive their country’s official relation with Israel as merely a pragmatic political choice to avoid a new conflict in the region. However, they are not willing to accept full normalisation with Israeli society as long as Israel still occupies Arab lands.

Despite what may seem to be a new era in the relationship between Arab regimes and Israel, it will not be so for Arab and Israeli societies. The Egyptian example is a case in point. Despite the peace treaty between the two states having been signed more than 40 years ago, relations between the two societies haven’t gone that far. Even if many Arabs may accept political deals between their countries and Israel as a pragmatic choice, full normalisation is unimaginable without a fair peace deal with the Palestinians. This is clearly not the case of this latest US peace plan.