Nothing about this is a peace plan: a brief introduction 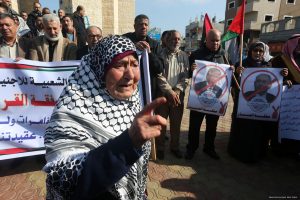 On the 28 January 2020 Trump and Netanyahu presented the long awaited ‘Peace to Prosperity’ plan at the White House, subtitled as ‘a vision to improve the lives of Palestinian and Israeli people’. No Palestinians were present. And the timing was impeccable: while Trump is facing impeachment, Netanyahu has been indicted for corruption while leading a minority government.

The plan marks a monumental shift away from the already compromised international consensus that the 1967 borders should be the basis of any peace discussion. The deal makes clear that all the concessions demanded of Palestinians, including the right of refugee return, the status of Jerusalem, the shut-down of UNRWA, the annexation of the Jordan valley and the fact that settlements will no longer be referred to as contraventions of international law are all imminent. Any potential Palestinian benefits from the deal, on the other hand, including a proposed $50 billion of investment into a so-called Palestinian ‘state’ are all contingent on future negotiations. It is also telling that the peace plan has yet to be released in translation either in Arabic or Hebrew.

Amidst the international outcry of ‘apartheid’ in response to the plan, Palestinians remain unshocked. The reality of a slow creeping annexation of their land is one that they have been living with for decades, and this plan serves to consolidate all of Israel’s settler colonial expansion over the Palestinian territories in recent decades. Indeed, the Trump Administration has been laying the groundwork for this over the last four years, notably by moving the US Embassy to Jerusalem and declaring it as the capital of Israel; by closing the Palestinian Liberation Office in Washington DC; and by withdrawing all humanitarian and development aid to Palestine, as well as to the Palestinian refugee agency UNRWA. As Dr Yara Hawari, senior policy analyst of the Palestinian thinktank Al Shabaka wrote, ‘This is a plan for total Palestinian capitulation. Those that are shocked shouldn’t be. The foundations for this were laid long ago. Edward Said saw it in Oslo when he called it a Palestinian Versailles’. 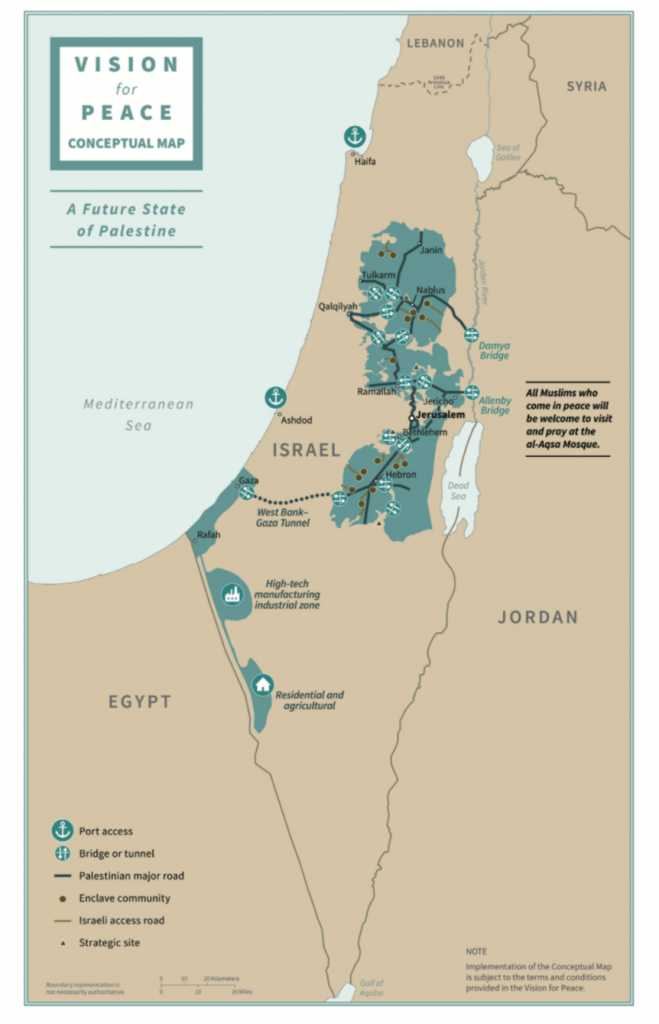 Perhaps the most alarming , and unpredicted read in the plan is in relation to the proposed populated land swaps in the Triangle communities of Kafr Qara, Ar’ara, Baha al-Gharbiyye, Umm al Fahm, Qalansaw, Tayibe, Kafr Qasim, Rira, Kafr Bara, and Jalhulia in the north of historic Palestine. The plan states that its ‘vision’ is ‘that the borders of Israel will be redrawn such that the Triangle communities become part of the State of Palestine. In this agreement, the civil rights of the residents of the triangle communities would be subject to the applicable laws and judicial rulings of the relevant authorities’ (Peace to Prosperity: p.13). Additionally,  two ‘conceptual maps’ presented in the first appendix of the plan, indicate the ‘non- inclusive’ list of Israeli settlements to become ‘Israeli enclave communities’ and the Palestinian towns and cities that comprise ‘the Triangle’ in the north of historic Palestine which are to be included in populated land transfers; while the second map draws Palestinian cities on to the map, and highlights the areas of nuclear waste land in the south of Israel to be turned into industrial, residential and agricultural zones accessible to Palestinians in the Gaza strip.

Most imminent of the proposals in the plan is a greenlight for immediate annexation of the Jordan Valley in the West Bank. Amidst mixed messages from the US, the Prime Minister’s office stated in Hebrew media reports that Netanyahu plans on beginning the process of annexing all settlements in the Jordan Valley area of the West Bank at Sunday’s cabinet meeting.  The so-called vision for peace give an immediate greenlight for the annexation of the Jordan valley in the West Bank, offering Palestinians only limited control over Bantustans in an Israeli state. Professor Noura Erakat described this process today as ‘ an ethno-national outcome, that seeks to separate peoples in order to come to an agreement, rather than establish some sort of solution that allows people to exist in dignity and equality’. 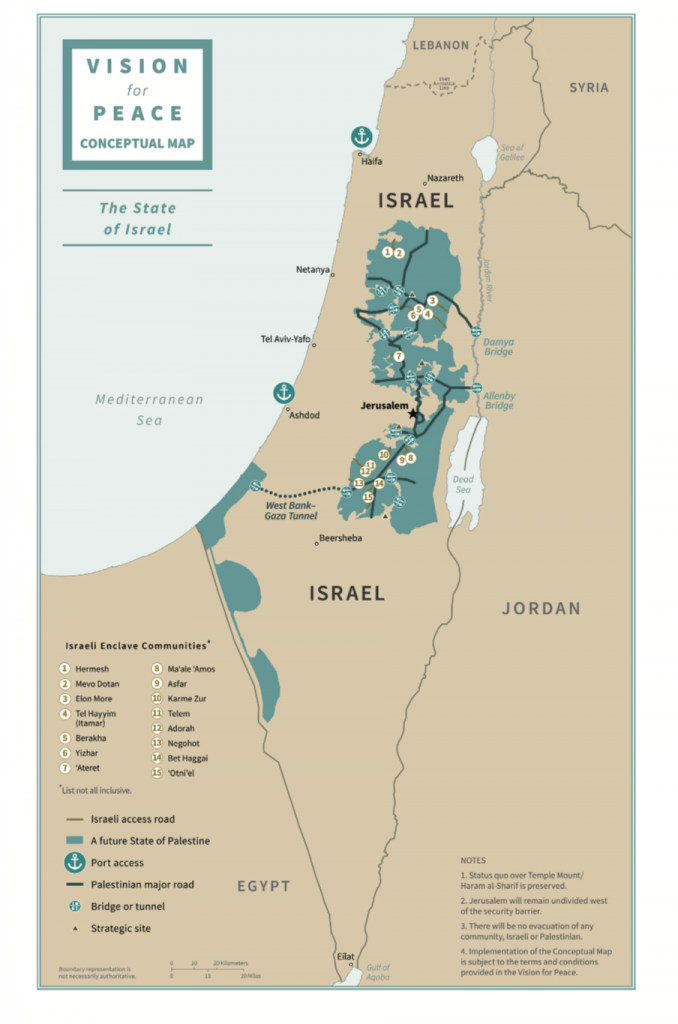 The hashtag ‘تسقط_صفقة_القرن’ (down with the deal of the century) has been widely used across social media in response to the plan. While President Mahmoud Abbas has called for mass protests against the Trump deal, he himself will travel to Egypt tomorrow, as reported by AFP. In Jordan, Turkey, East Jerusalem, Nablus and Gaza there were demonstrations against the deal, although organised protests have so far not been across the West Bank and Gaza. As Palestinian writer Mariam Barghouti argued, Palestinians have instead long been engaged in surviving settler colonialism on a daily basis. The grotesque irony is that the PA have increased crackdowns on civil protest and demonstration in recent years, only now to call for mass protests in the streets on their demand.

The response across the region has been predictably non-committal to the Palestinian struggle. Saudi Arabia released a statement in appreciation of Trump’s efforts, offering its support for the re-emergence of ;peace negotiations’, but did not explicitly endorse the plan.  The UAE response was more congratulatory, referring to the plan as “an important starting point for a return to negotiations within a US-led international framework”. Egypt gave a statement in support of Trump’s efforts, but not of the plan itself; while Jordan reiterated its support for Palestinian demands of any future negotiations, including the status of Jerusalem and the borders of any future Palestinian state. As expected, the strongest condemnation of the plan came from Iran, calling the plan ‘a nightmare for the region and the world’ and ‘the treason of the century’; Turkey, referring to the plan directly as ‘an annexation plan’; and the Lebanese party Hezbollah, calling the Trump plan ‘a deal of shame’. Meanwhile, the EU released an alarmingly non-committal statement to the plan, merely stating that they would ‘study and assess the proposals put forward’.