‘When Palestinians tell you Israeli Apartheid is real, listen’*: Palestinian responses to Peace to Prosperity 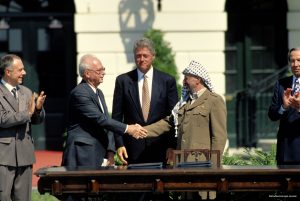 When Yassar Arafat returned from exile after the Oslo Accords were signed in 1993, he addressed a crowd of over 70,000 Palestinian refugees in the Jabalia refugee camp in the north of Gaza (where the first intifada had begun in 1987), saying: ‘I know many of you here think Oslo is a bad agreement. It is a bad agreement. But it’s the best we can get in the worst situation’ (Usher 1995: 1). The accords relegated fundamental issues of Palestinian rights, including Jerusalem, the right of return of Palestinian refugees, borders and security to so called ‘final status issues’ to be resolved sometime in the future. Through the decades of so-called peace negotiations since Oslo, the narrative has remained the same: eliminating the right of Palestinians to return to their homeland, containing Palestinians who are there to the smallest spaces possible while paving the way for continued Israeli annexation. This is exactly what we see, reincarnated in an ultra-neo-liberal format in Peace to Prosperity. As lawyer and former legal advisor to the Palestinian negotiating team Diana Buttu has said, ‘This is not a plan for peace, but a demand that Palestinians agree to their perpetual subjugation.’

Among Palestinian analysts, academics, writers, and civil society organisations, the shared opinion of Peace to Prosperity is that nothing about it is new. On the contrary, the reality it enshrines is one which has already existed for years, as decades of incremental settler colonialism have taken hold.  Jared Kushner, Trump’s son-in-law has repeatedly stated that his lack of experience in this field meant that he was well placed to bring fresh ideas to the table – caveated with his assurance that he had, indeed, read 25 books on Israel/Palestine to enable him to carve out a realistic plan. Peace to Prosperity claims to be a clean break, repeatedly stating that past narratives about the conflict are unproductive. Yet the entirety of the document is fundamentally grounded in narratives of the 1967 war, coupled with repeated references and explainers going back to Biblical texts. As such, there is a shared opinion that it is not perhaps worth dissecting the plan in too much depth and taking it too seriously. But as Dr Yara Hawari has argued, this is not only an assault on Palestinian rights and freedoms, but ‘it showcases an attempt to put forward a new world order that fundamentally undermines international law’. 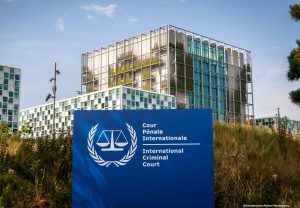 Many Palestinians are concentrating now on demanding accountability of Palestinian leadership, and indeed, perhaps here the Trump plan represents one opportunity. As ICG Palestine analyst Dr Tareq Baconi argued, this marks a significant moment for the dismantling of Palestinian Authority, and an end to security co-ordination with Israel. If this were to move forward, the most critical question would be how to navigate such a move without a violent backlash against Palestinians. The plan also expressly forbids the PLO from taking action against Israel at the ICC while negotiations are underway. This suggests Israel is genuinely afraid of the ICC, and creates an important opportunity for international actors to exercise leverage, pressure, and above all solidarity. The blatant neocolonialism of Trump’s plan is abhorrent, and the undermining of international law by the US Administration through this document must be persistently challenged. The last word here goes to Edward Said, with a quote from 1979 that carries a gut-wrenching resonance today: ‘I have been saying throughout that the Palestinian lives a curious destiny; at no time more than now has this been more painfully true’ (Said 1979: 169).