Will COVID19 accelerate the process of reform within Egypt’s Coptic Church? 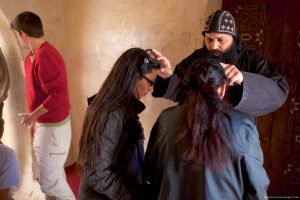 The head of the Coptic Church in Egypt, Pope Tawadros II of Alexandria, has been leading a process of reform since he assumed the papacy in 2012. His reformist approach includes both internal measures related to religious rituals and an external one linked to rapprochement with the Catholic and Protestant churches. However, his reformist ideas are facing strong internal opposition from conservative voices in the Church that see his ideas as deviating from the path of his predecessor, Pope Shenouda III.

Three years ago, the two camps clashed publicly over Pope Tawadros’s joint declaration with the Vatican that Orthodox Copts and Catholics who switch churches would not be required to be rebaptized in their new denomination. The agreement sparked anger among conservative Coptic bishops. Bishop Agathon, the bishop of the Maghagha and Edwa Diocese, criticised the Pope for acting without first consulting the Holy Synod, the highest authority in the Coptic Church of Alexandria. Bishop Makarios, the bishop of Minya and Abu Qurqas, went further, arguing that acknowledging Catholic baptisms was equal to recognising the Catholic Church’s religious doctrine. Faced with a wave of anger, Pope Tawadros was forced to postpone his talks with the Vatican on the issue.

Although the tension between the two camps has been quiet since then, the COVID-19 pandemic has brought these differences back to the fore again. With the spread of the virus in Egypt, Pope Tawadros decided to close all the churches and suspend all religious services. This decision once again faced strong opposition from within the Coptic Church. Many have argued that the Church needed to open its doors during this crisis, not close them. However, as the decision was part of the state strategy to close down both mosques and churches these opposing voices had little chance of prevailing. 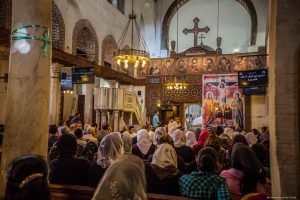 Now, As Egypt is preparing for a second phase in which the country should move slowly towards opening its facilities, including places of worship, a new debate has arisen between the two camps over the Coptic method of Communion using a shared spoon. Pope Tawadros II recently stated “The matter is not beyond discussion. Our Church is reasonable, and anything outside the faith and creed is open to discussion”. The Pope’s words have created a controversy in Egypt’s Coptic Church. Many bishops have objected to this idea, including Bishop Raphael, Bishop of Cairo Downtown Churches, who was one of the three finalists for the chair of Saint Mark in 2012. According to these bishops, Holy Communion is sacred and one should believe that it cannot cause any harm.

The Coptic Church remains divided between the two camps, the first led by the Pope himself advocating the need to adapt the Church’s practices to modern times and the second led by a number of bishops who remain loyal to Pope Shenouda’s traditional approach. Although the balance of power between the two groups was in favour of the conservative camp during the crisis over the duplication of Baptism, leading the Pope to step back, this time Pope Tawadros seems to have the support of state institutions, together with that of many Copts who fear transmission of the virus. The issue is still to be discussed, but the outcome of the debate will be a good indicator of the extent to which conservatives still have the upper hand within the Church or if the Pope has been able to shift the balance in his favour over the last couple of years.